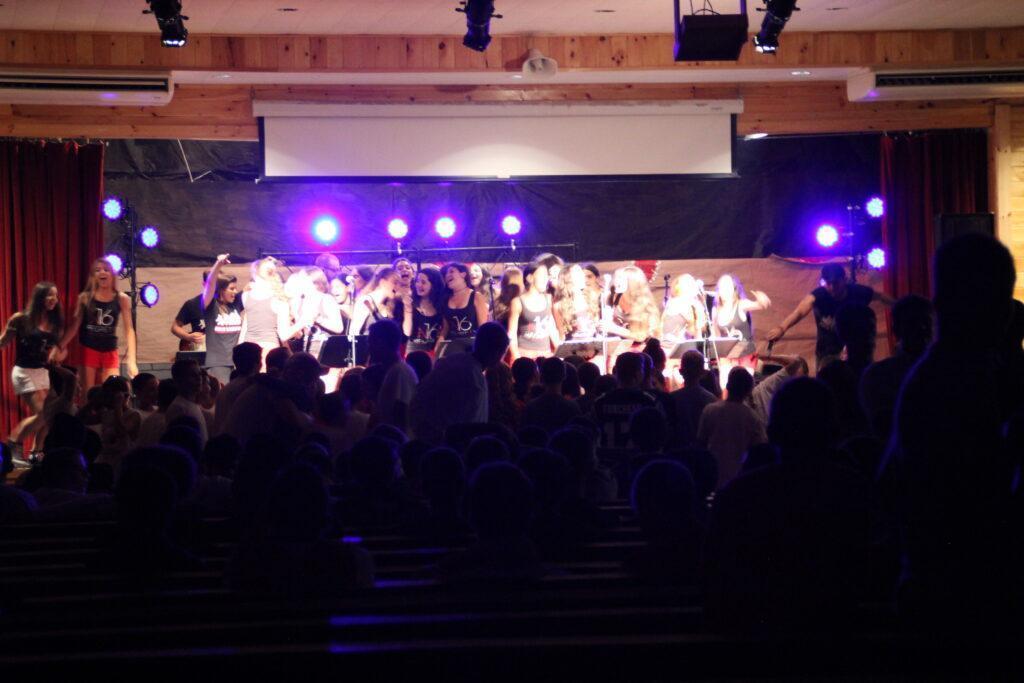 Today was Day 13 here at Camp Pontiac. This morning, after our regularly scheduled Thursday late wake-up, all of our girls wore blue, yellow, green and orange for the second day of Tribal Wars, during which they had an awesome time playing different sports around campus, such as basketball, gaga, softball and a track meet.

After lunch, all of boys side gathered in front of the boys head quarters wearing their 12 different colored shirts to begin College Game Day for the second time this summer.

For evening activity, we had a very special guest: the live karaoke band Rock Star Camp Experience! Every division had the chance to get on stage and sing some of their favorite songs, feeling like a true rock star! Everybody had a blast singing, dancing and having such great fun! 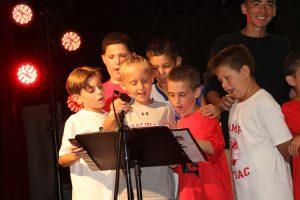 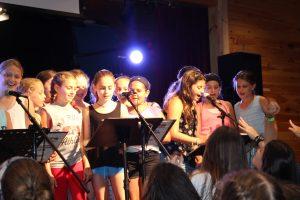 Tonight, during the show’s intermission, our Camp Pontiac Horowitz Basketball team members were revealed and we are more than ready for the traditional tournament that each year we are honored to host.