Home » ACA Articles » Is Sleepaway Camp Right For You?

Is Sleepaway Camp Right For You?

Ask those of us who went to camp and no matter how long agoIMG_0440 it was, we can still sing our favorite song, tell you about our beloved counselors and share our fond camp memories. Those who went to camp were guaranteed to have their life enriched. Maybe you learned to swim or that you loved chicken barbecues. Or maybe that one special staff member helped you see something in yourself you never knew was there. There’s wisdom in summer camp and it seems that it’s not until we leave that we realize the weight of so very many of its gifts. 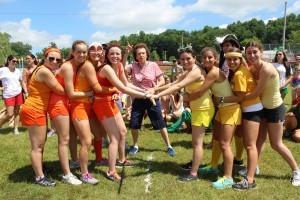 1. Build Relationships Friendships forged at sleep-away camp are some of the best I know. My three best friends from camp have been there for me for the last thirty years. These relationships are true to the 6core and have helped me grow in ways I cannot count. Camp teaches you to meet people and get to know one another. The gifts in return are endless. We’ve been there for the happy and the sad, both around the corner and across the globe. Today we may “Facebook” and text, but these friendships stand the test of time, and when I forget how a story ends, these are the people I can count on to finish it.

2. Believe in Yourself Every June I re-emerged as my “summer self.” Camp provided an opportunity to 1try new things (like riding a horse) or things not available in my everyday circumstances (like silk screening). Staff members believed in me and often saw something I didn’t. There’s something special about camp friends and counselors who are with you every waking minute of the day. Even in the world as a grown-up, you may not see those friends or counselors anymore, but somehow you just know that they’re there cheering for you as always. And if you harness that feeling enough, you just might start to believe it, too. 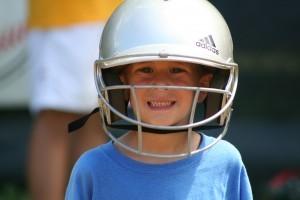 3. Empathize At camp, I met people who were different from me. It was one of the first times I 3realized that everyone’s story is his or her own and that often what I thought was “a huge deal” is nothing in comparison. Perspective took shape. For two weeks each summer, there were kids living in foster care in New York City who came to camp. For many it was the first time they saw a large body of water or worked on a farm. One girl in my bunk had a very difficult upbringing. But for those two weeks, we all had a fabulous time at camp, just like any other two weeks. Camp allowed relationships to flourish and stories to be shared. The stories were varied, and I learned they all deserved respect, kindness, and sensitivity.

4. Embrace Diversity
I grew up on Long Island in New York. The majority of people in my school had similar ethnic backgrounds. Diversity was minimal at best. At camp, I met counselors from across the world. Accents and histories different from mine instantly became an interest. My friends all had different religions and came from varying socioeconomic backgrounds. One camper came from out-of-state for the summer since her parents were traveling Europe, and others came on scholarship having truly been given the gift of camp. Ideas were shared, new foods were introduced, and friendships grew. Character is what truly mattered.

5. Get Outside Your Comfort Zone
Whatever it was that seemed different, terrifying, or impossible was achievable at camp. A leap is a leap, no matter how small — and for some, even spending the entire summer in nature is a big one. Dealing with spiders, raccoons, and no electricity took getting used to, but for me, they’re some of the best parts of camp memories. I do recall what at first seemed scary; but what I truly remember is the adrenaline-filled delight that resulted from facing my fears. I learned to swim at camp and later became a lifeguard and aquatics director. I was petrified of spiders and have subsequently gone bush camping in sub-Saharan Africa. Leaving home was difficult that first time, but it made college easier. I have since traveled around the world knowing that although experiences may be a bit “sticky” at the start, what you get when you reach the other side of that fear is priceless!

Stacey Ebert is a camper at heart who has spent over twenty-five years in the camping industry. She has a love of the beach, travel, and anything chocolate.