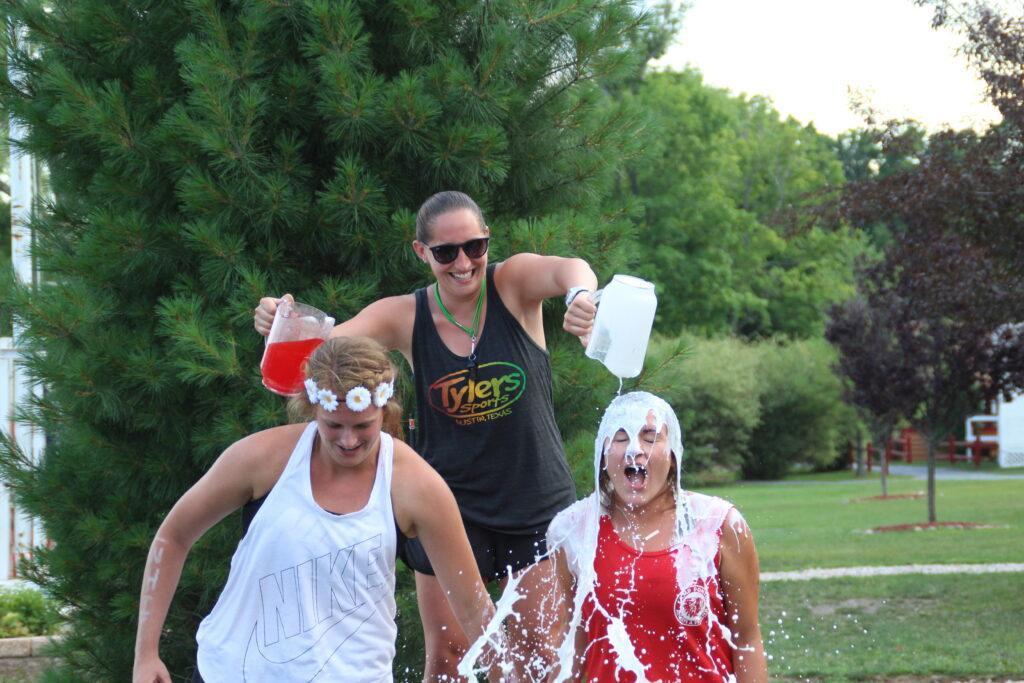 Today was the first full day of Color War activities at Pontiac. Red and White were the protagonists of the day.

Competitions were exciting and full of passion at every moment in every game.

After an early wake-up, we had our first morning line up in which the four generals took the Color war hatchet signifying the beginning of Color War.

On Boys Side, the events of today included:

On Girls Side, the events included:

After a great day of activities, we all gathered for the evening Lineup and the stars of the day where announced. After a few announcements, the scores of the day were announced. Lindsay Pelinger, 2015 Color War general for the White Armada poured white milk on the red lieutenant signifying the lead of the white team.

For the evening activities,Camper Generals were introduced at our traditional Tug Of War; everyone was so excited to participate! 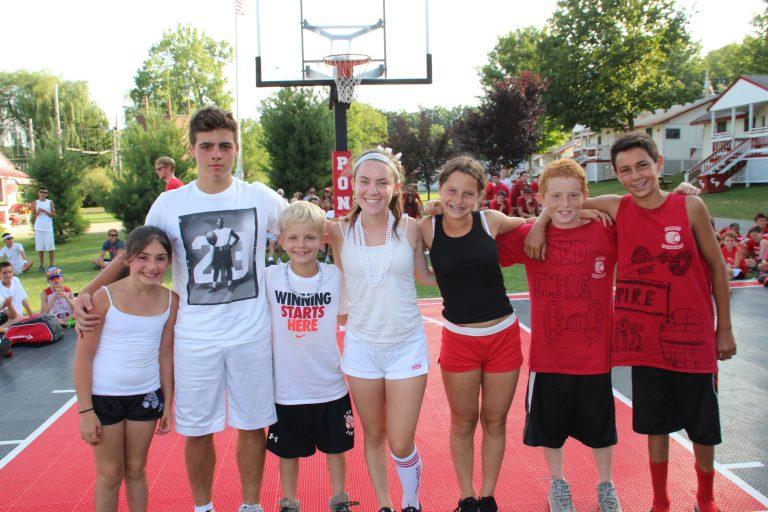