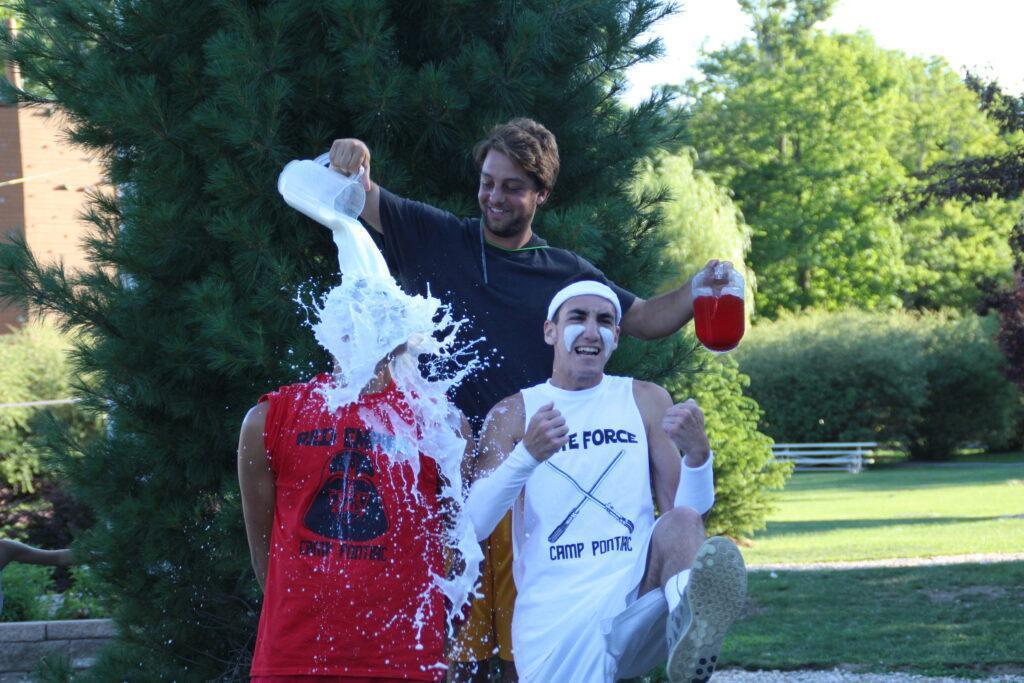 Today saw an action-packed day Day 4, with around 60 Color War events taking place. This morning, while the Freshman Girls played tee ball, the Juniors and Subbies had their Swim Meet where every camper in those divisions gave everything they had to earn points for their team.

The boys took on one another in their Boating Regatta; campers had a fun time competing side by side kayaking across the lake.

In the afternoon, the Braves engaged in an extra innings baseball game at our new Pop’s park Baseball field, while the Sophs and Inters played flag football on Pontiac’s heaven fields. Across camp, at the same time, representatives from both Red and White closed in on locating the elusive hatchet. Ultimately, the Red Empire hatchet hunters team found their prize hidden underneath a flower bed by bunk 7 on girls side, concluding an exciting Hatchet Hunt.

At tonight’s line up, the Red Empire remains within striking distance: approximately 200 points separate the teams with the White Force continuing to lead…

For tonight’s evening activity, the entire camp attended to the Super/CIT Red and White Girls street hockey game. It is hard to believe that Color War concludes tomorrow night. 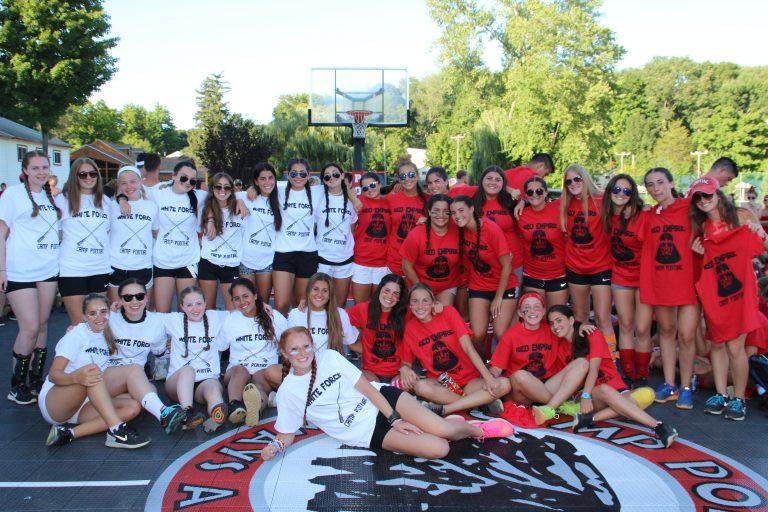 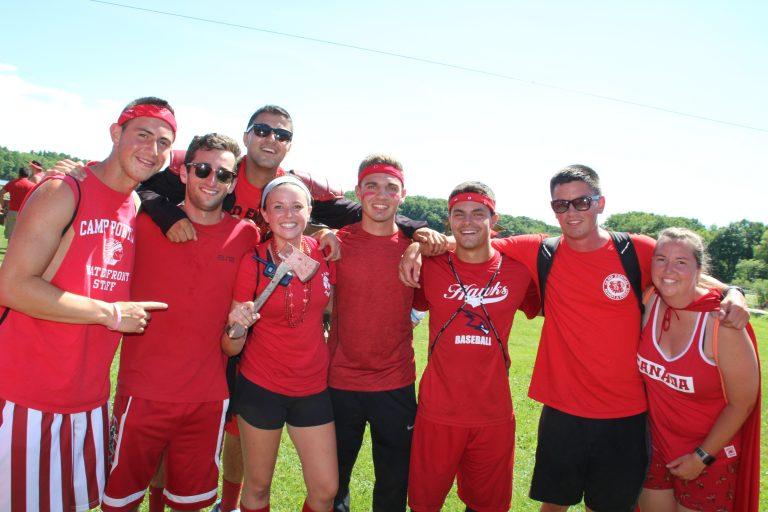