Football has become a premier program at Camp Pontiac. Our football instructors teach both fundamentals and game play strategy. We hold NFL league play throughout the summer. On girls side football has emerged as a very popular sport featuring our signature super / CIT color war game played on the turf under the lights in front of the entire sleepaway camp. In addition to the lit turf field, there are three other fields used for football in leagues and tournaments. 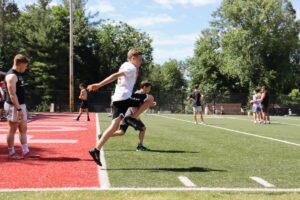 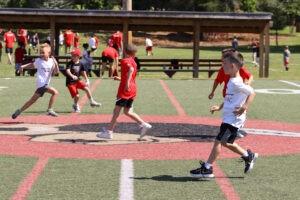 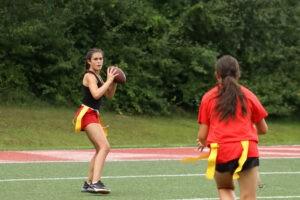 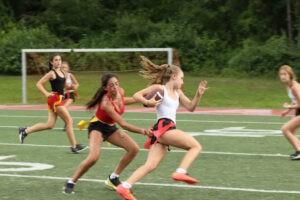 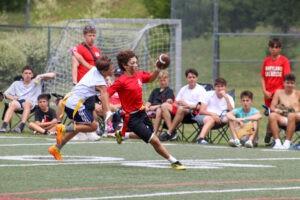 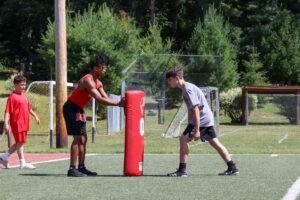 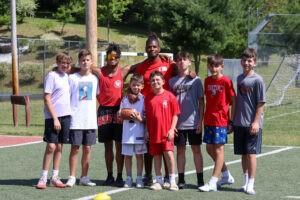