The entire girls campus is divided into four olympic teams by color (green, yellow, blue and black) . Each team has counselor captains as well as camper captains from our oldest groups. At opening ceremonies the campers are announced and join their team. On each Friday morning the teams compete in novelty relays, swim meets, track meets, and tug of war with an olympic team crowned champion at summer’s end. This ongoing summer activity affords girls of all different ages the chance to meet each other and bond as a team in a fun, relaxed and spirited day of non sports events. 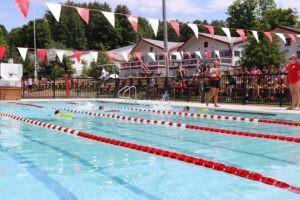 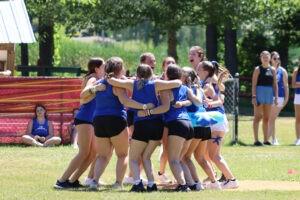 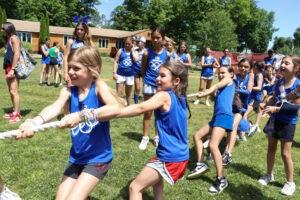 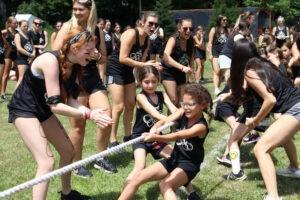 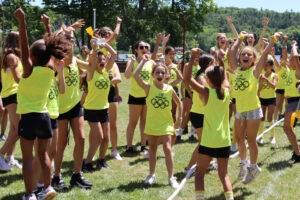 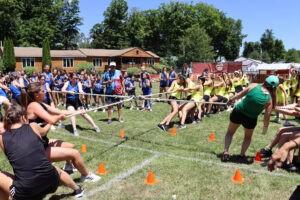 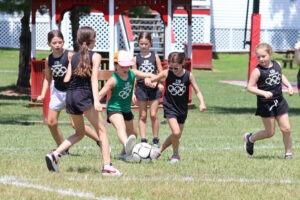 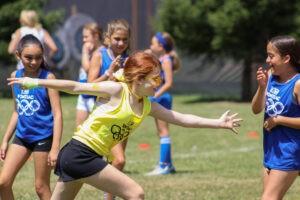